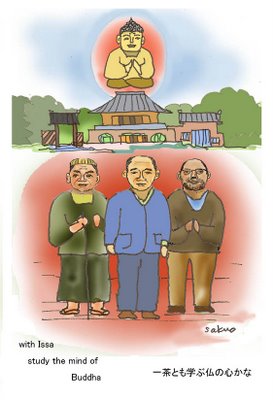 I have studied Tr. David’s book that is titled as Pure land Haiku .
I have learned high piety of Issa in this book.
I wish to learn the mind of Buddha with Issa and Tr. David at this seminar.