entering summer---
behind my eyelids
the sea is born 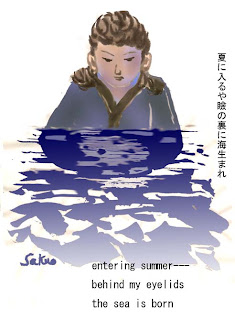 Issa got lovely daughter.8 months has passed since her birth.
Her milk tooth didn't appese.Issa was anxious about it . 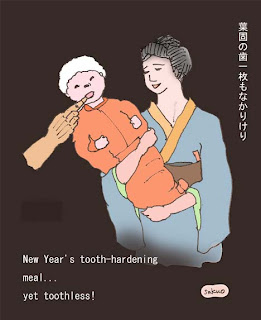 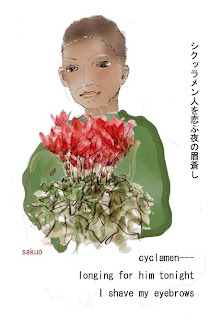 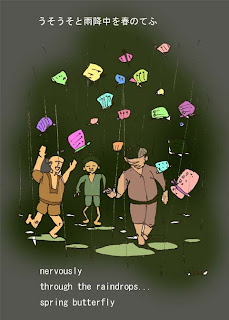 from the spoon
one strawberry escapes---
spring sorrow 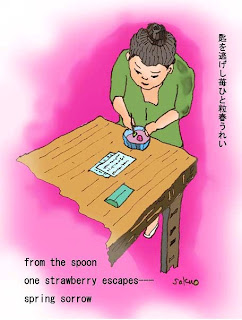 Posted by Unknown at 6:05 PM No comments:

no divine punishment yet--
napping
under the net


In Pure Land Haiku: The Art of Priest Issa, I write: The key

phrase is the first:ima made wa--"yet" or "up to now." Divine

retribution may come in time, but for now the poet enjoys a

pleasant summer nap. Viewed outside of the context of

However, Issa is actually exhibiting authentic piety as he naps,

leaving both punishment and salvation in the capable hands of

sakuo haiga
Through his whole life, Issa believed he is a san of peasant.
He always blame himself for eating without working in rice

field.
He asked to himself "Can I be afford to nap while all peasants 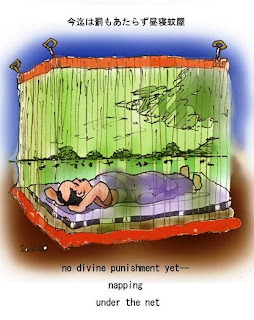 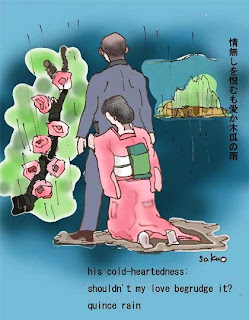 An interesting haiku in which Issa adopts the larks' eye-in-the-sky perspective.
http://cat.xula.edu/issa/ 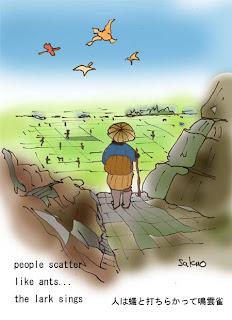 the two back
on good terms agin---
birds twittering 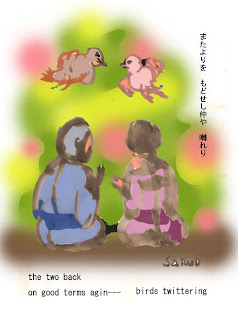 Posted by Unknown at 6:33 PM No comments: 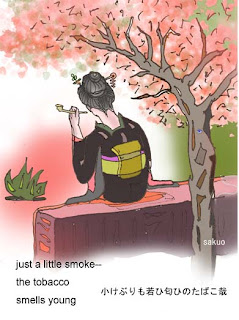 She is a poet as well as a manager of pub. 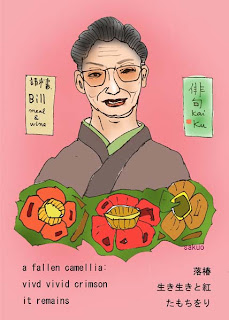 朝顔や下水の泥もあさのさま
asagao ya gesui no doro mo asa no sama

even in sewer mud

a better haiku in English: morning-glories even 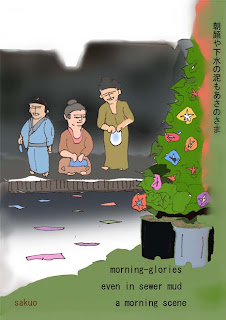 how piteous!
as long as there is grass
the wildfire rages 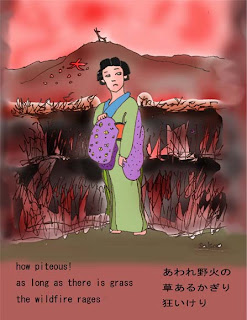 The "side-field" (homachi) is a plot of newly cultivated land that, in that period, was farmed in secret, evidently to avoid the daimyo's taxation; Kogo dai jiten (Shogakukan 1983) 1495.http://cat.xula.edu/issa/ 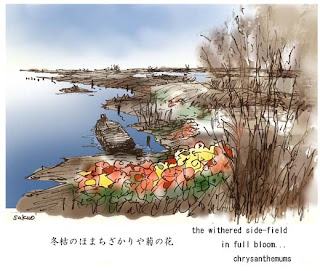 not a word for me


not a word for me

he just continues to watch 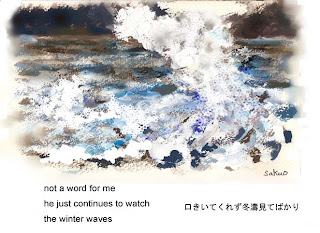 shame, shame!
on the month's last day
a meadow butterfly

In Issa's days, most people bought things on credit
and paid up at the end of the month or of the year.
Issa cannot pay his debt as penniless meadow butterfly. 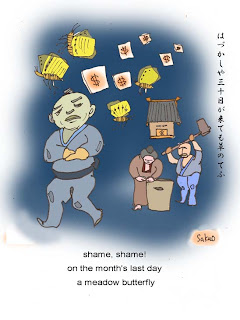 Posted by Unknown at 4:25 AM No comments: