The Man of Fox sect !

-Issa, 1813
５１ years old, On January the thirteen memorial party of his father's death , the negotiation of father's asset has finished. Many times he visited to haiku friends in North Sinano. On June and July he was ill in bed for blotch.

sakuo remark
Issa said, I have got out the Willow sect of haiku.
And I left from Edo that is Plum sect.
Now I am a man of Fox sect in this mountain. 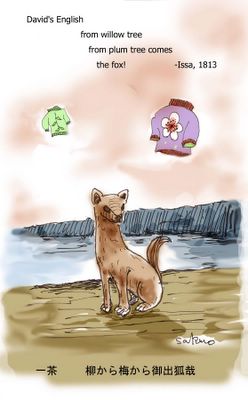 I have a programy site/blog. It pretty much covers programy related stuff.

Come and check it out if you get time :-)