I'm a guest as a farmer haiku-ist 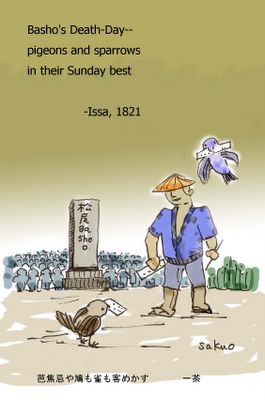 sakuo Comment
Issa , at 59 years old, has already been free from Basho's effect. He has decided to be independent as farmer position.So at this Bashoki, he think that he was invited as not family but guest.