not very good to remove ! 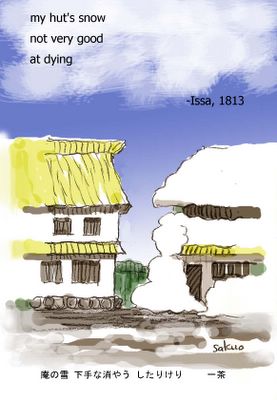 David English
my hut's snow not very good at dying

sakuo image
Issa has removed the snow from his roof. The snow fell to his half brother's side and stacked around his house. The brother always abused Issa's family

Issa site
Posted by Unknown at 2:26 AM